Intrigued about how to properly code NPCs? Say less, this guide's made for you!

NPCs are recognizable from other mannequins by the name that shows up on top on them. You will also have a "Talk" button & a "Code" button if you own that mannequin.

Now that your mannequin is dressed up, you can start coding it using the code button!

After clicking the button, the "scenes" window will appear. On there, you will find every scene which contains a program, and 4 buttons.

*Click on a scene to select it, it will appear darker than the other ones. On the picture, the scene 'Two' is selected.

Select a scene and click EDIT and the command prompt will appear. Everything you code here will work for that only scene.

Click on "ADD COMMAND" to start programming. You will have to choose between 10 commands :

ECHO - Sends a message in the chatbar.

FIREWORK AT - Shoots a red firework at the desired spot (simply click on the block).

In this one, the NPC will say the first line. The player will click anywhere for the NPC to say the 2nd line. There, the player will have to click on the reply "Oh, why's that?" to go to the scene named 'Two'.

• The commands that does NOT count as talking must be placed BEFORE a 'START CHAT' to work. Or on another scene.
• The given items will disappear if you log off / throw them away.
• Every item can let you access portals that wear the same sentry. For instance, you will be able to go through a door that has a skull sentry if you're in possession of a skull in your inventory. Only Diamonds don't have a specific sentry.

Here is an example of a NPC I coded for this guide. You can view the Programs and scenes and the result in video. 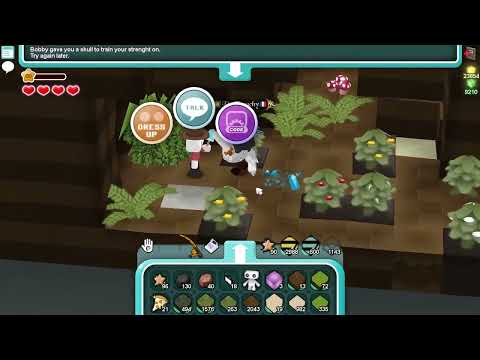