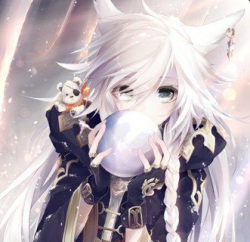 Person #1 - 'After playing this game for a while, I have decided to quit/take a break, its been real, bye guys!' Mods/Authority - 'Hey, nice to know you supported the game, sorry you aren't important enough, or a mod, we are gonna have to close your topic, be sure to post your goodbyes on the Activity wall or somewhere else where it may not be seen by most, thanks again for supporting the game' I get that you want to keep appearances up for newcomers, and others, but for players who have been nice enough to spend time playing CC, and maybe even spending money on cubits that supports you even more, but you could at least be nice enough to let them say their goodbyes, or even let them say that their back like LegendofMystic, who got his thread closed after just 4 comments (Not counting his replies)... Good to know that if a mod was going to say their goodbyes on the forums, their thread would be closed.