potatocat Member
February 2020 edited February 2020 in Suggestions & Comments
Please turn these items into face accesories so we can pair them with any hat. so far the executioner's hood is the only accessory that covers the entire head and can be worn with a hat. Most of these are mask so it makes total sense and besides they cover whatever face accessory you have equipped so it's kind of a waste of space. I specifically picked these because they're the same size of a qbee's head. I feel like this change should be easy? if it's not possible please let me know. 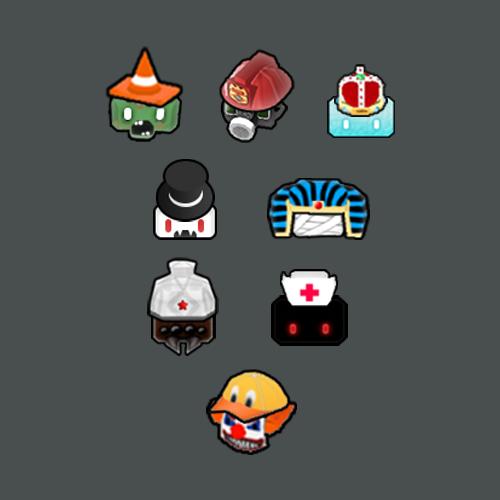