IcyTamTam Member
June 2019 edited June 2019 in Suggestions & Comments 6.60 Karma
Hey everyone :)
Before we begin, I'd like to ask everyone to read everything before commenting! This post in no way is an attack or a rant to the administrators of CC, nor is it a post to tell the devs how to run things! Please do not post controversial comments or start unnecessary arguments/drama, or any "cc is dying" or hate against the game/devs. This is literally just a suggestion so keep calm people, and I'd like this whole discussion to remain positive and friendly :) we're talking about game growth here!

First of all, as a player, I'd like to address the "Cubic Castles is dying" or "this game iz ded" comments (honestly, it really isn't helping to motivate the devs and/or players). To me, no, the entire game itself is not dying or dead. A dying game in my opinion would be the developers have abandoned the game, almost no one is playing the game, forums would be inactive, and no updates would be pumped out. We may be a small spark, but we are still alive. Yes, the player base has decreased over the years, but I believe that's a result of people simply growing out of the game/becoming bored of playing it for so long. It happens, it's nothing new. So why hasn't new players replaced the retired population?

I think it would be the inactivity of the social media pages.

Think about it.. back then, when the pages were active, the player base/population was stable and growing! But once it became inactive, the game wasn't reaching to new players in order to replace old ones.
Social media connects the world in many ways and in this case, a game's social medias can spread the word about the game, connect players, show its activity, and keep players updated and interested. Most of us here are digital natives, and I truly believe social media plays a gigantic role in game growth. I follow all the games I play's social media pages because their posts encourage a lot of discussion, brings me news about the game, reminds me about events, and I've been able to meet a lot of new people through the player's comments and engagements with the posts. The pages also show appreciation to players, fan arts, and gives tips! I can also direct any interested potential players to the social media pages as well.

The CC website links the game's Twitter and Facebook, but imagine clicking on that and seeing tweets from years ago- they'd assume this game is no longer being worked on by the developers and the company. First impressions are everything! Also, the instagram of the game isn't linked on the website for some reason though I think Instagram would be the best marketing social media platform. The Cubic Castles Community Server should be linked as well, if it is the official server (rn, it's the most official one unless the developers decide to make an official official one).
Getting an official reddit page for Cubic Castles would be good too :) not necessarily best for spreading word about the game since it's mainly ran by players basically, but it helps with posting memes, pictures, discussions, share ideas, and connects the community in many ways. (Similar to forums but different in many ways)

If I were to invite people to a game, I am certain they will try to find out things about the game by going through their social medias for first impressions, activity, and just to check out what the game may be about. With that being said, as mentioned keeping social media pages active isn't just to advertise to new players, but to also keep current players updated, engaged, and interested in the game.
I fully understand that Cosmic Cow is a small team of developers and they may not have all the time in the world to manage social media pages, I respect all they've done and as a player I really appreciate their efforts put into the game considering the size of the team :), but the posts don't have to be that time consuming, or they don't have to be pumped out daily. Remember, if you make a post for Instagram, it's also a post for twitter/facebook. One post for all social media pages (with some exceptions which will be talked about later)! As long as the page isn't left in dust and wouldn't scared potential new players away by looking at the dates of the posts, then it should be fine! Better yet, hire a Social Media Manager to manage pages. If not, this is still doable!

So, with that being said, I have suggestions on potential posts and a few concept posts that may fit with this game. Of course, I am not a professional gamer or any developer or marketing expert. This is simply a player's suggestions:
Can be used for any social media platform except reddit since reddit is mainly dependent on player posts:
Some posts may be more time consuming to make because of graphic designs, and some are simple, less time consuming, but still effective!
- Random promotional posts!

Spoiler:
Of course, a real post wouldnt have a signature on it and will most likely be done with 3d models (unless if it's meant to be 2d).

Spoiler:
Concept post. Combination of both humour and game tip post. Of course, a real post wouldnt have a signature on it and will most likely be done with 3d models (unless if it's meant to be 2d). 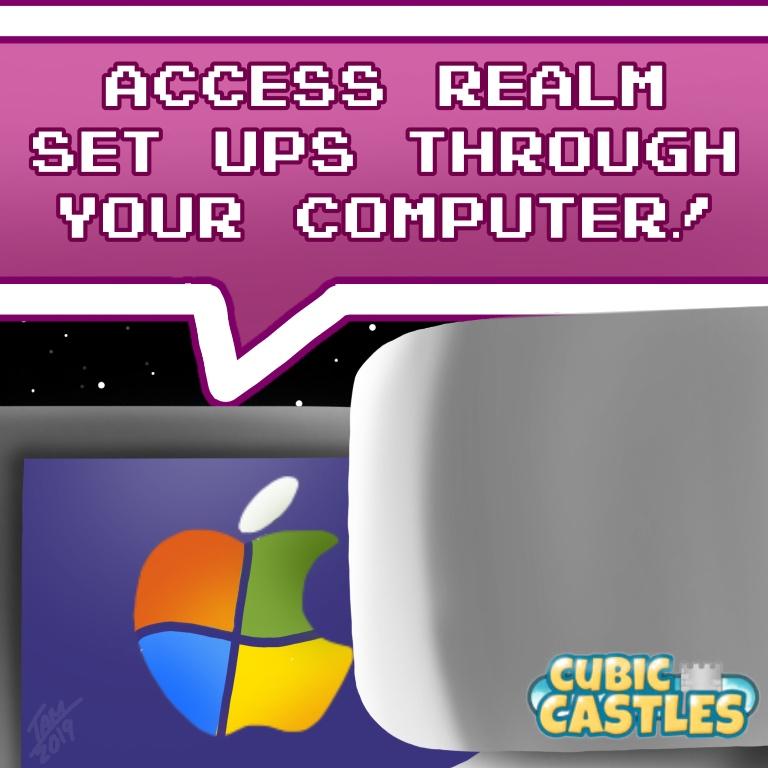 Caption can make fun of how the computer is a Windows AND a Mac!
- Simple reminders!
- Events! (can be for reddit) Can get more participants! 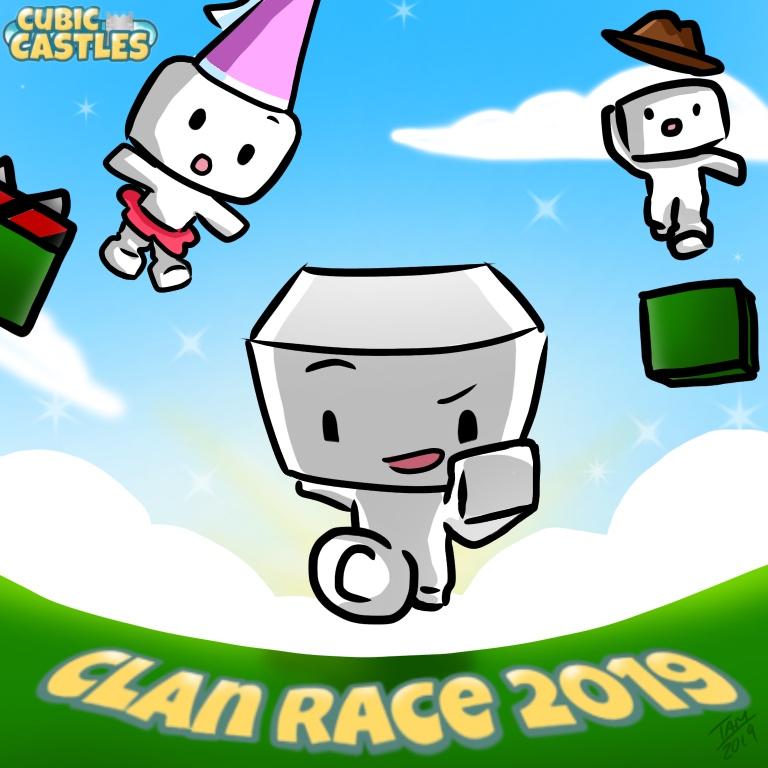 Spoiler:
Concept post. Simple edits will do! If devs/social media manager really don’t have time to post, a simple edit like this will do. Or even no edits in this case will be good too! Of course, the photographer's name will be hidden in a real post.
Build: 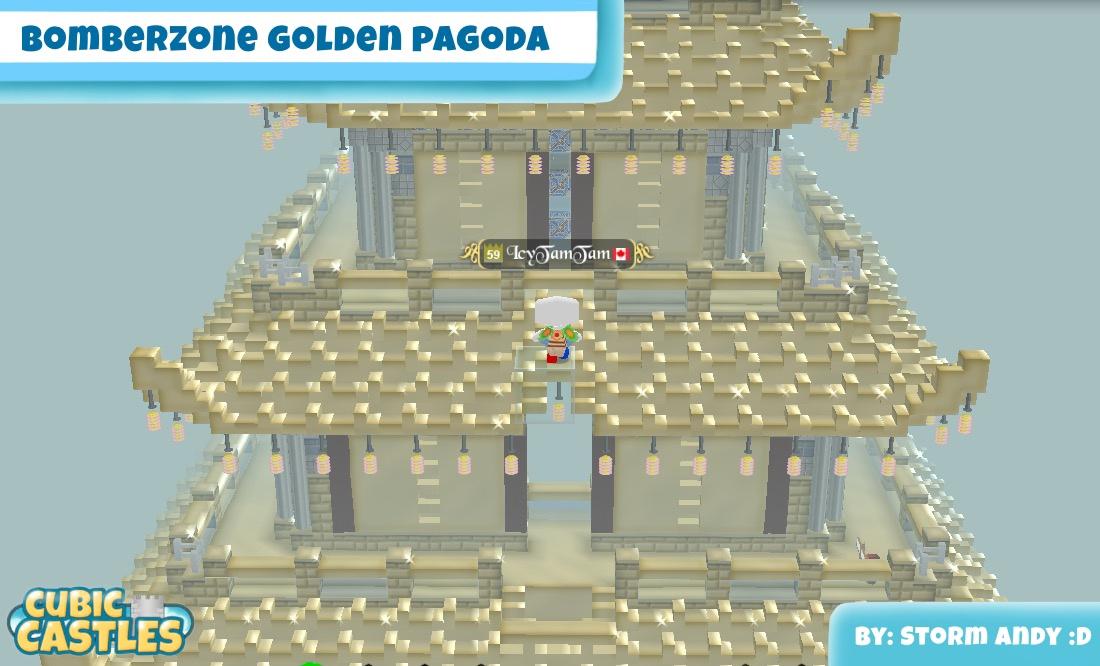 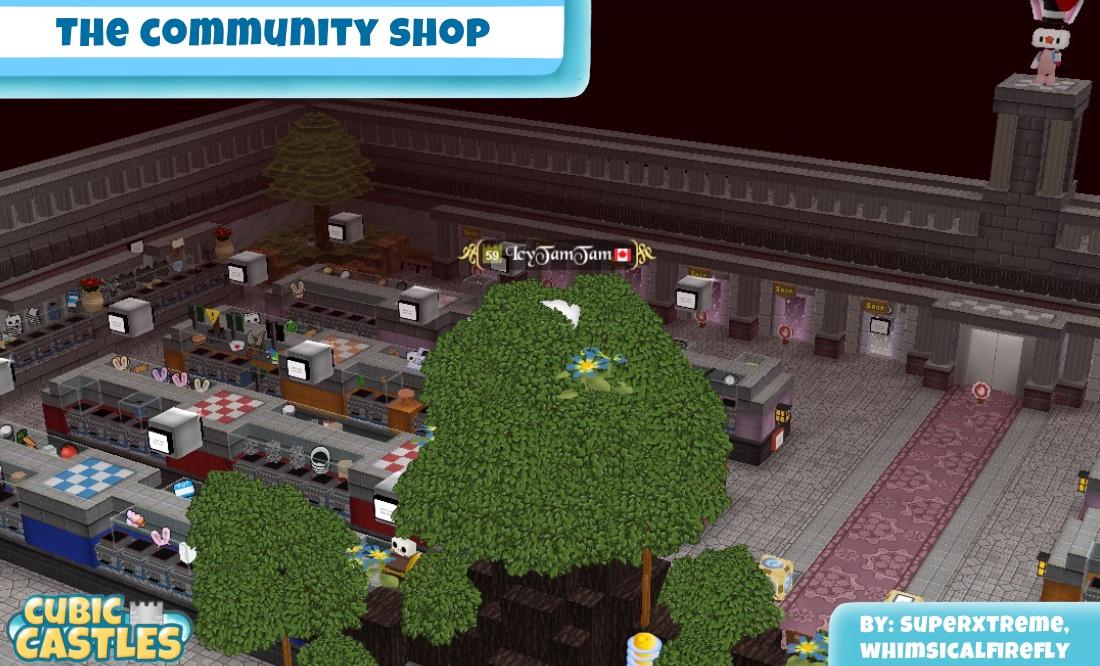 - Teases! (Gud for reddit too) Gives CC youtubers something to speculate off of and raises a lot of discussion + hype! 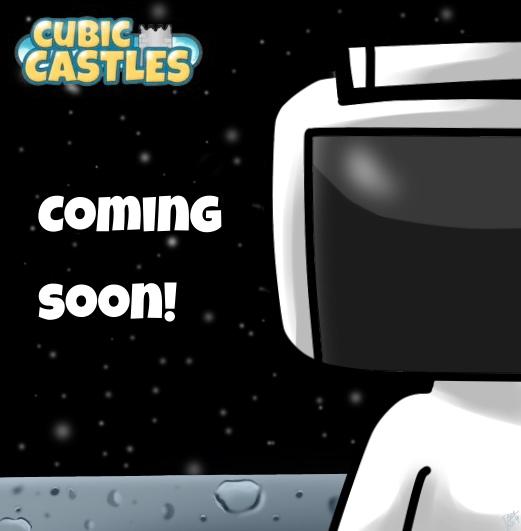 Spoiler:
I would've used the discord logo here but it may cause some copyright issues, unless CC forms a partnership with discord. 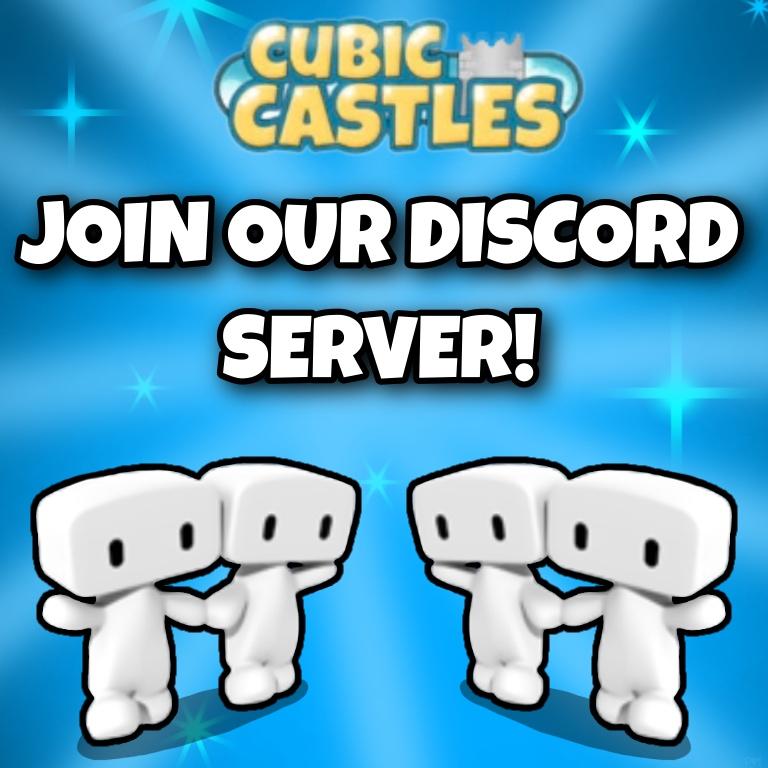 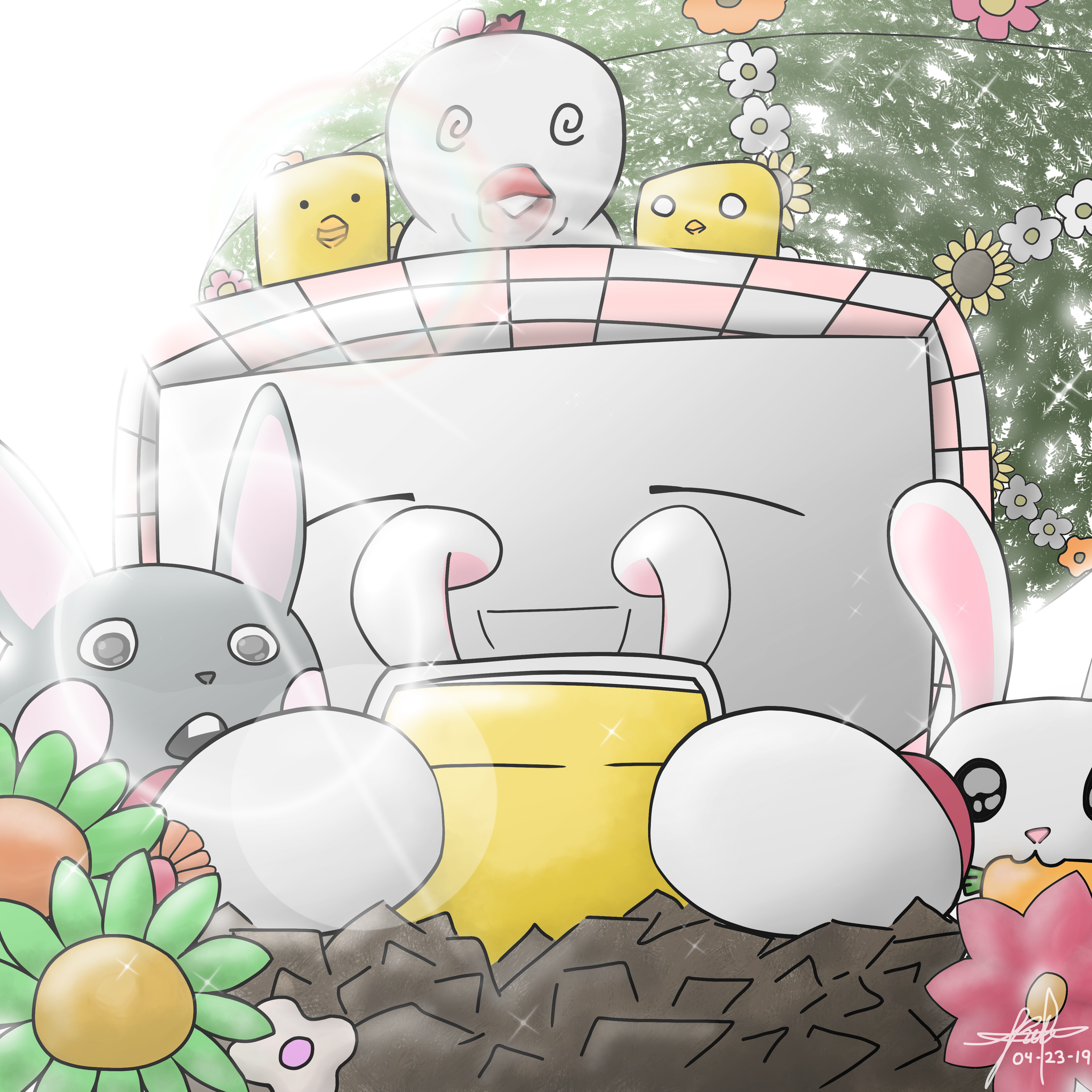 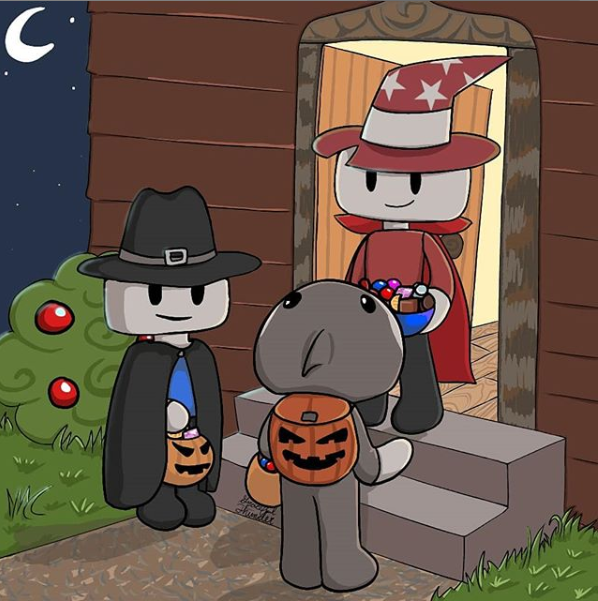 Specifically for Twitter:
- Polls! Ask the player base what they thought of a certain update. Don't be afraid of bad percentages, they're there for feedback.
- Server status tweets! Tweet when a maintenance break is happening, or any bugs being fixed or updates on any server issues.
- Not a post, but retweeting positive feedback about the game or responding to concerning ones to show acknowledgement!

Spoiler:
Old experience: I remember way back the CC social media manager for twitter (Taylor?) responded to one of my suggestions and it just made me happy knowing it was heard and motivated me to just hop on cc. Little things like this helps, believe it or not!

Specifically for reddit
- Update patch notes
- Game/reddit rules
- teaser/events
What can we do as players about game growth using social media?
I know some people are hesitant to post their own content about CC, but that's ok! If the CC Social media becomes active again, we can help by sharing the page, retweeting posts, liking them, etc! Might not seem like much but it definitely helps!
In conclusion, I'd love the game to start reaching out for more and more new players :) It will definitely help with the contracting population and connection between the community!