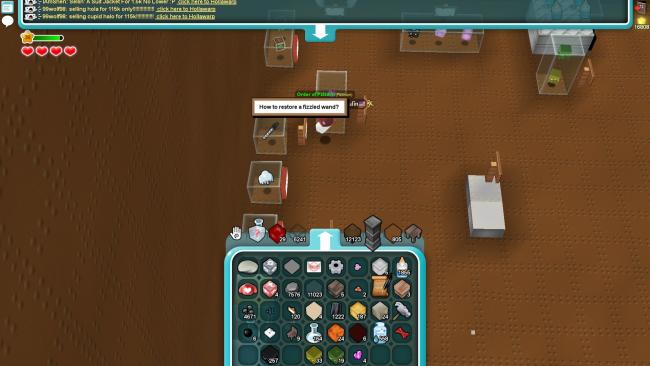 Depending on whether or not this is an option in-game already, the thread here belongs in either Suggestions or Help. Either way, I want to know if there is any way to make a Fizzled Wand back into a working Harm/Knockback Wand. Or if anything else can be done with the materials other than use the Fizzled Wand to make funny sound effects.