Tumbleweed Member
March 24 in Suggestions & Comments
1. Billowing Cloak
Like the fox and cat tails, that wave when you move, this cloak would look like it was billowing in the wind behind you as you walked

2.Yellow Raincoat
An adorable outfit for a qbee, the set would be yellow hood, yellow jacket, and yellow "boots" (pants)
Totally not this 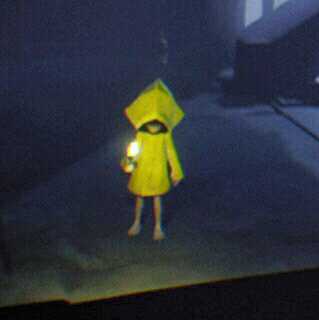 3. Movable Blocks
I know this might not be possible to add, but I thought it was worth a suggest - if it could be added, this would be great for puzzles!
A block that can be moved by walking against it and "grabbed" by pressing the wand button. Press the wand button again to let go. Would be really amazing for puzzles and interesting mechanisms.
The block couldn't just be pushed anywhere. It would move 1 block at a time, so of course you couldn't push it half-way between blocks or something. It would match the block building grid.

Some ideas for solving multiple people trying to push the same block:
a. If the block is already grabbed by a player, it can't be grabbed by someone else? Or you only have a couple minutes to push it around before you automatically let go?
b. actually thats it


4. Movement Detector
I also understand this might be really hard to make work and with lag, but again I figured worth a mention, because this would be really nice!
This is another wireless block. It would be a sort of invisible lazer block. It would shoot off an invisible lazer in 1 direction and for so many blocks. If a qbee walks past this lazer, it sets off a power burst (?) to one of the 3 wireless colors, setting something else off.
It would behave a bit like a one-time switch. Once it's activated, going back over it won't set it off again. You can set a time limit to when it becomes "active" again.
This would be great for setting off surprise attacks in adventure realms or so on! (For example, imagine a happy qbee minding his own business when he trips the invisible lazer. That lazer turns off some wireless pink blocks and unleashes an army of spudbugs onto the unsuspecting poor qbee)